Generating revenue from a patent portfolio involves much more than finding “valuable” assets. Litigation finance firms are willing to underwrite monetization efforts, but need to have a compelling case.
At CAsE Analysis we specialize in helping you build that case, acting as your strategic business partner through identification of infringed assets, advising on the development of damages cases and continuations/re-exams, and overall monetization strategy.


Identification of valuable assets and families, specification analysis and critical feature identification, prior art searching and analysis
i

Development of damages models through market analysis, analysis of use, and sequencing strategy for litigation


Creation of robust continuations that carefully conform to products and support the damages case, while differentiating from the prior art


Development of comprehensive monetization plans and presentation to suitable litigation funders.
Generating revenue from a patent portfolio involves much more than finding “valuable” assets. Litigation finance firms are willing to underwrite monetization efforts, but need to have a compelling case. We build that case, acting as your strategic business partner advising on the development of damages cases and continuations/re-exams, and overall litigation strategy. 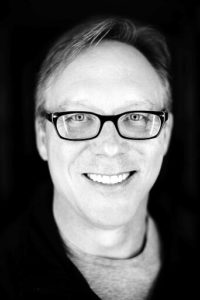 Dr. Charles A. Eldering is an entrepreneur, business expert, engineer, and inventor with extensive litigation and legal claim monetization experience. Charles founded and operated Technology, Patents & Licensing, which provided patent monetization services to a variety of clients ranging from startups to Fortune 500 companies. He also founded and operated Expanse Networks, which developed and monetized intellectual property in the areas of consumer profiling and targeted television advertising. He has extensive litigation experience, having supported dozens of proceedings, and has served as an expert witness in 5 jury trials and one ITC proceeding. He recently served as an expert in PPC Broadband v. Corning Optical Communications, in which a jury verdict of willful infringement and an award of $61M was recently upheld by CAFC and ultimately paid to his client, PPC Broadband.

Charles received his BS in physics from Carnegie Mellon University and started his career as an officer in the US Air Force at the Systems Command Rome Air Development Center, where he worked on reverse engineering and testing of microelectronic devices. He subsequently obtained an MS in solid state science & engineering from Syracuse University, and PhD in electrical engineering from the University of California at Davis.

After working in the telecommunications industry in R&D, intellectual property, and deregulation for over a decade, Charles launched TPL, which provided patent development and monetization services. Charles’s business history includes extensive international experience, both in the technology space including work in Spain and with other European and Japanese clients, and extensive business experience in Brazil.

Charles has over 150 issued or pending US patents, is a registered US Patent Agent, was an Adjunct Fellow at the Progress & Freedom Foundation, and is fluent in both Spanish and Portuguese. He is an avid rock, ice, and mountain climber as well as a part-time musician.